The Bridal Party: To Introduce or Not to Introduce. . . . 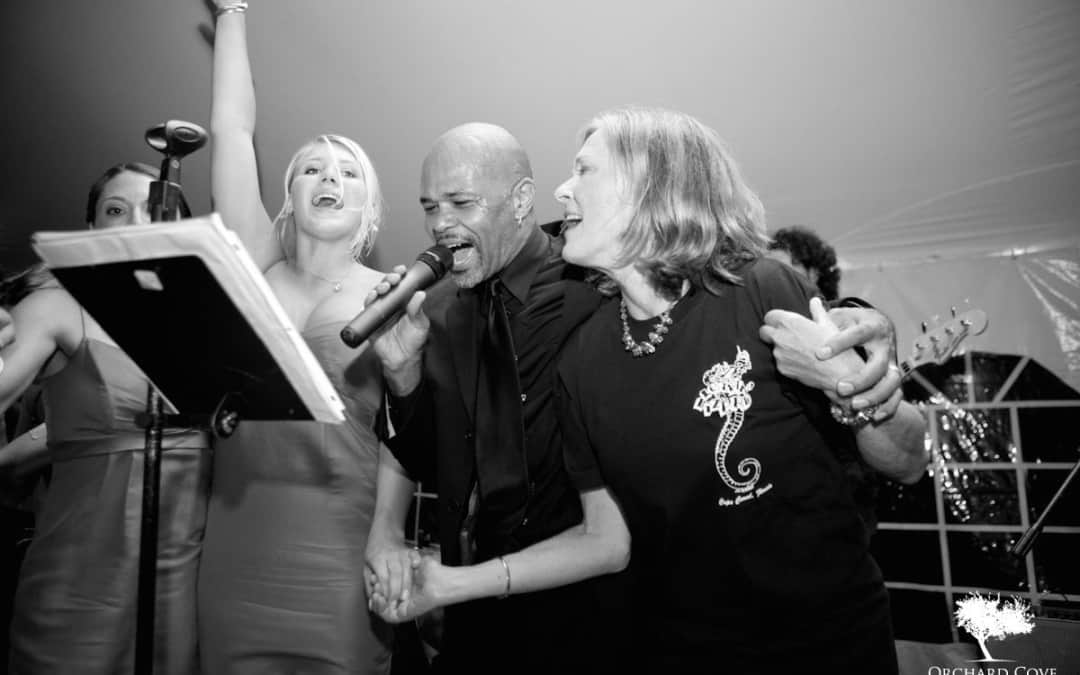 When it comes to introducing the Bridal Party with music, just before a couple’s all-important First Dance (versus no introductions and going straight to the First Dance at the beginning of the Reception), my informal polling finds that folks are pretty much split evenly on this issue.

By and large, the split is usually over what some might refer to as the “cheese factor”. I’ve had couples say to me “we want to create maximum excitement and buildup before we come out and dance our First Dance as ‘man & wife’; what’s the best way to do that with music for introducing the Bridal Party?”.  Likewise, I’ve had other couples tell me that “there’s no way we want to introduce our Bridal Party with music, especially with a “cheesy song like ‘Celebration’ by Kool & the Gang”, and on one level, I understand their concern: too much cheese can clog a party’s arteries and, perhaps sometimes, even leave a bad taste.

But isn’t that, to some extent, due to the song(s) used and their connotations at the time of the wedding?  I’m old enough to remember when “Celebration” was on the charts, and back then I have to admit I liked the song – as Dick Clark used to say on American Bandstand, it had “a good beat, and you can dance to it.”  But time and, perhaps, overexposure have probably made the song seem “corny” and yes, even a bit “cheesy” to a significant segment of the wedding audience.  The same can be said of the Etta James classic “At Last”, which many music lovers would agree is one of the greatest ballads ever recorded.  What changed with that song was that the combination of its being used as the “First Dance” for the First Couple at the 2008 Inauguration, combined with Beyonce’s ubiquitous recorded/film version, made the song seem too “common”, a little too familiar, and, well, not “special” for use in something as intimate as a First Dance at a wedding.   Again, I don’t blame this song for what might have happened to it in the cultural meat grinder since it was first released.

Speaking personally  as a musician and as a bandleader, I like playing the Bridal Party into the room with music.  When done right, it’s dramatic, it raises the audience’s spirits and anticipation, and sometimes it just feels good.  So, cholesterol content aside, here’s how I think a song can work effectively to play on the Bridal Party:

1.  I don’t recommend using different song snippets for individual bridesmaids, best men, parents, etc.  This is about the couple and their wedding, not the guests and individual family members.  The most effective play-on song is one that builds real momentum towards the big moment when the couple emerges from the wings, and it’s difficult to do that with 10-seconds blips from a wide variety of tunes that usually have no musical connection to one another.  Even if you’re using a DJ instead of a live band (a subject I’ll explore in depth in a future posting), stick with one great song for this application.

2.   Make it a song that has  a) a great instrumental “vamp” that can be repeated at a low volume as the band leader intros the individual people, and then can easily and quickly kick into,  b) a short but powerful chorus “hook” that can come up and down in volume quickly as the introduced individuals emerge to walk into the room and take their places around the dancefloor.  The song chosen can be an instrumental or have a vocal chorus hook (best to have no vocals on the vamp section, since that usually distracts from the band announcer’s introductions).

3.  Look for a song that “feels right” for your reception.  At a recent wedding we did at a posh NYC hotel ballroom, the couple asked us to play the recorded version of the instrumental introduction to the Dropkick Murphys’ “I’m Shipping Up To Boston”, which is kind of like a heavy-metal Irish reel (this was an Irish/Italian wedding).   I edited the CD version so that the song’s instrumental section looped continuously, long enough for all the Bridal Party introductions.   This did indeed get the crowd stomping, and when we cut that music, introduced the couple, and began the sensitive David Gray ballad “This Year’s Love” – the contrast between the two musical pieces was stark and very effective.   For this couple, the Boston band’s brawling bruiser of a song as an overture and prelude to their quietly emotional choice of First Dance worked beautifully.

4.  Go for music that would make you feel the excitement build at an event.  For instance, if you like the Blues Brothers, I recommend checking out their version of Otis Redding’s “I Can’t Turn You Loose” (http://www.youtube.com/watch?v=BchJc8N5z3E ), because the “vamp” pulses with excitement, and when the horns kick for the chorus for the individual intros, the crowd just naturally cheers along with this kind of brass fanfare.   For early classic rock fans, “You Can’t Sit Down”, by the Dovells ( http://www.youtube.com/watch?v=s3aXM25Y6qg ) has a great solo party-rock drum beat, and with each name announced, the band’s singers can kick in with the infectious chorus “You can’t sit down, you can’t down”.  In a more modern vein, the Black-Eyed Peas’ “I Gotta Feeling”, last year’s biggest hit song, has a wonderful verse groove that builds tension toward the vocal chorus each time it underscores the individual guests announce: “I gotta feelin’, that tonight’s gonna be a good night”.

My feeling is that it’s worth spending time creatively planning each musical detail of your wedding and reception, starting with the grand entrances. . . .  because nothing sets the tone for a wonderful party better than great music.